Good job on the first fire-up, it looks like your calculations and mechanical work were correct!

Agree on the safety issue- Another member here lost the tip of their finger in a fan belt- not a pretty sight!
Brent Picasso
CEO and Founder, Autosport Labs
Facebook | Twitter
Top

Megajolt is wired in and it runs. I have to go get some vacuum hose at the parts store and then the tuning starts. BTW I got my hands on the factory maps from Porsche and a whole bunch of other 944 maps to toy with. We will be posting a bunch of these later.

I agree about the cover on the cam wheel it will be next. A simple matter of she sheet metal and my welder and it will be good to go.
Respectfully

Ok I got it together and up and running. With respect to getting the MJ up and running it was smooth as silk!!!! Plugged in USB-Com port adaptor into my computer. PLugged in MJ. Fired up the software and everything was up and running. I uploaded a map I created from the non boot potion of a fr Wilkes 951 ignition map. I had been thinking of using what was supposed to be the stock base timing but after hearing how the car idled in limp mode at 10 deg and looking at the default map I opted to restore the map I made from the fr wilkes map but I dropped a little bit out of the upper right corner.

Anyway I am sure you all want to know how it runs GREAT!!!!! so much better then stock. Smoother idle more throttle response.

Tonight I got a copy of a stock map from an 87 944 (same as my924s). It came from some one that has the ability to rad the stock DME. There are some people out there that have gone to great lengths to decipher the DME as it is in a lot of German cars that were used for club racing.

Anyway I took the 944 map and transcribed it in to the MJ. It is an interesting map to say the least.

Besides tuning I have two more things to do. (Yes the cover for the cog is before both of these )

1. Hooking up the WB02 and using the V-out to the AUX on the MJ. I stated another post about this here. I think I have that all figured out. It is just a matter of hooking it up and seeing how the idea works.

2. Installing a knock sensor. I have a couple from porsche 951's (Turbo 944's). I have rigged on up to a mini phone jack so I can plug it in to the mic on my laptop. Running it thorough the nero wave editor I can record it and better yet it has a graphic equalizer that I can set to filter the noise making the knock that much easier to here. This and a long stretch of empty abandoned road and I could get a pretty good tune in to this before I go to the dyno.

Anyway no new PIX this time. I am tired and need sleep. I have been at this all day. I think I started at 10:00 an got done at close to 11:00 tonight. I went form the car running on the stock ignition to the car running on MJ with maps installed as well as the Tachometer hooked up and running. It is interesting to note that I have the stock tack running off the DME and I have a VDO tack that is dash mounted for logging and I can see it better and it is running of the MJ. It is fun to see the to doing it out.

Ohya I forgot to mention I opened up my plugs to 52 thousands from 32. Basically went to the Ford Escort plug gap.

So now I have to look at cleaning up the wiring in the cab and finish putting the glove box back in and make a permanent home for the MJ. I think it is going to be in the dash behind the glove box. I will probably leave the cable in the unit and just keep it rolled up on the glove box s I can get at it when I need to. It will also keep me from loosing it

Anyway more updates as I have them. 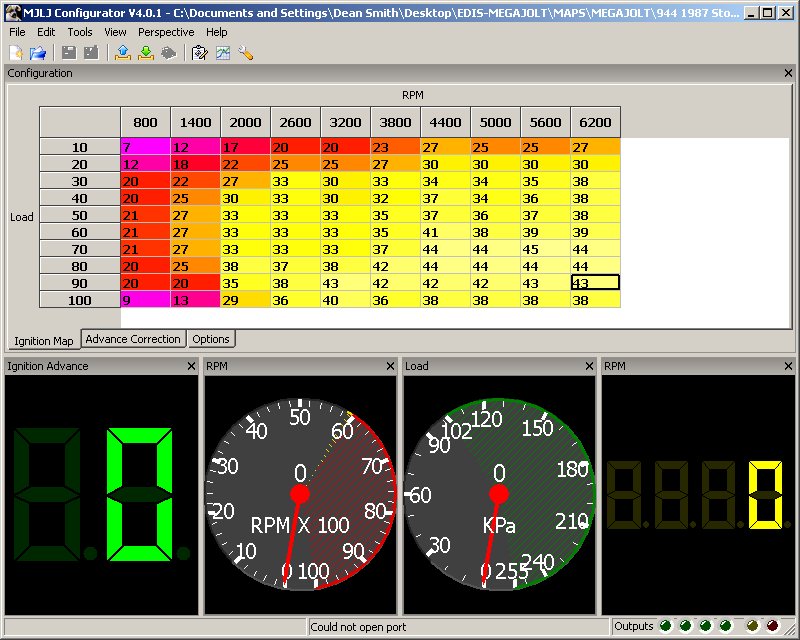 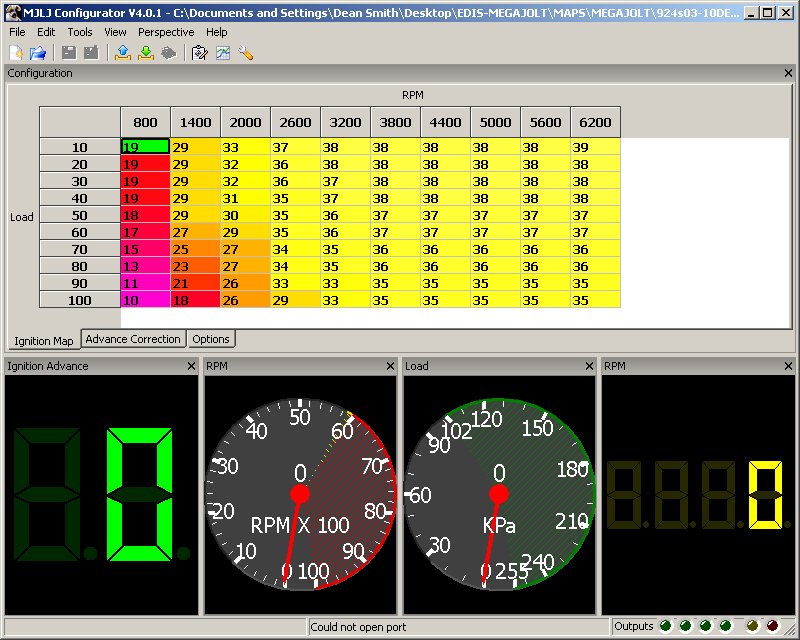 See this thread where dr.occa tests logging a wideband o2 via the aux input:
http://www.autosportlabs.org/viewtopic.php?t=2072

Another PLUS to this install is I actually used the resistor that was with the coil I got. I tend to listen to a lot of AM (news sports etc) and with my old set up I was getting a lot of ignition interference. Making my AM radio reception very poor. With the Mj Unit in place all the interference is gone!!!! It is like I got a new radio.


Now just to make things interesting I am going to drive it to work.
Respectfully

It runs It runs very well. I have been mucking with maps and I have come up with a couple of great ones that I posted over in the map section. The car has been transformed. It pulls like 2.5l should and the power added up top is incredible. The whole upgrade is well worth it. In reality it took about 25-30 hours for the build / install. Who knows how much time I spent researching this. as you can see from this thread it was about a month from start to finish but part of that was my having to re order the cam trigger wheel gear again. I also spent countless more hours researching things on line searching for parts and reading everything I could find on the EDIS system as well a all the other useless things you read. Then there is the quality time I spent at the junk yard. And then there is Ebay and calling around to bug my sources for parts. All in all it was a lot of fun. After all that is why you do something like this. Now that I know how to do it I could do it again in a weekend. Probibly in a day but it would be a long one! The most time is spent acquiring the parts.

This build was a classic. You plan it, collect the parts. fab / build everything you can first. Then do the install. The mock up of the cam gear and the sensor made it a bolt on deal. The vast majority of the time of the installer was spent doing the wiring. This I found is critical to take your tie with. Lay it all. Most all he components and then wire each back to the EDIS unit one at a time. It sounds simple but taking the extra time to lay the wire correctly should ensure a long lasting trouble free installation.

I will continue to post things up here as they develop. I also have a huge map thread / discussion thread at Pelican Parts where I got w huge amount of 924s / 944 specific information that was invaluable to this build.

Anyway Thanks to everyone. and we will continue to develop this. BTW this car is my DD. Yes I have several other cars (You always need another car if you have a porsche

but it is the one I like to drive when ever possible so the MJ unit will get a good test as will the quality of my build.

I am looking forward to my WBO2 install. I am hoping it will complement the Megajolt unit.
Respectfully

Thank you for sharing and your feedback. You have certainly won the 'spirit' award for this month! It was great watching your work so far.

brentp wrote:Thank you for sharing and your feedback. You have certainly won the 'spirit' award for this month! It was great watching your work so far.

if you have time Dean, you aught to post up your review of the MJLJ v4 in the store section. i don't see why everyone else hasn't though

Ok some more photos of the insall cleaned up a bit. I have still not finalised the install in the cab as you can see.

I am going to take some vidio while doing a 3rd gear pull. It is incredable. Watching the tach just take off. I pulled to 6500 on the latist map. It is much better than any of the otehrs I ahve come up with to date. VERY drivable and yet goes like crazy after 4K 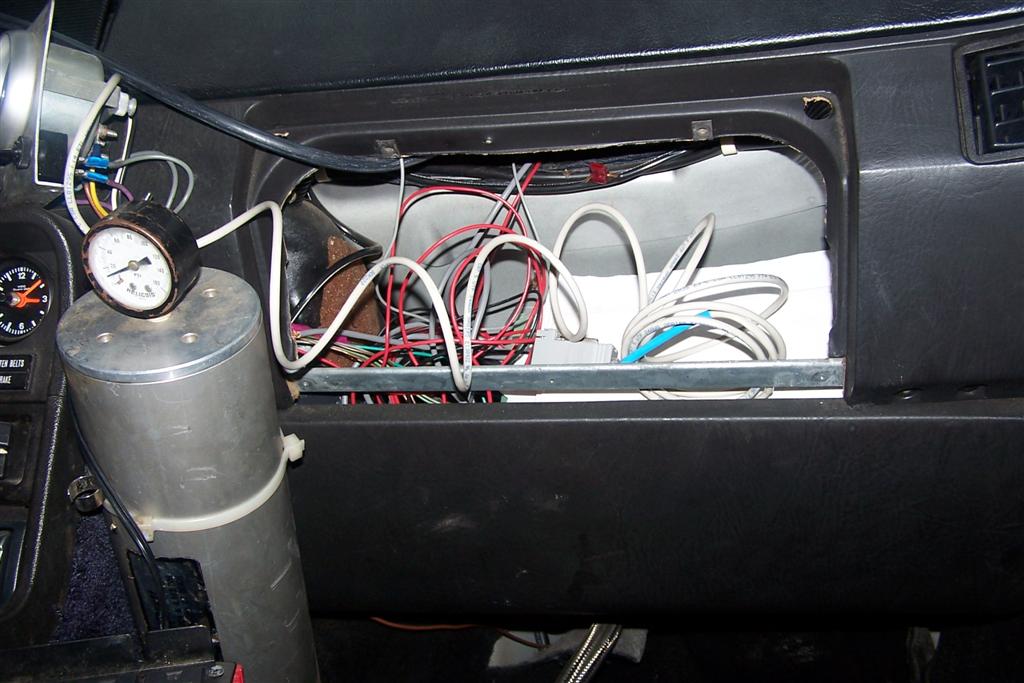 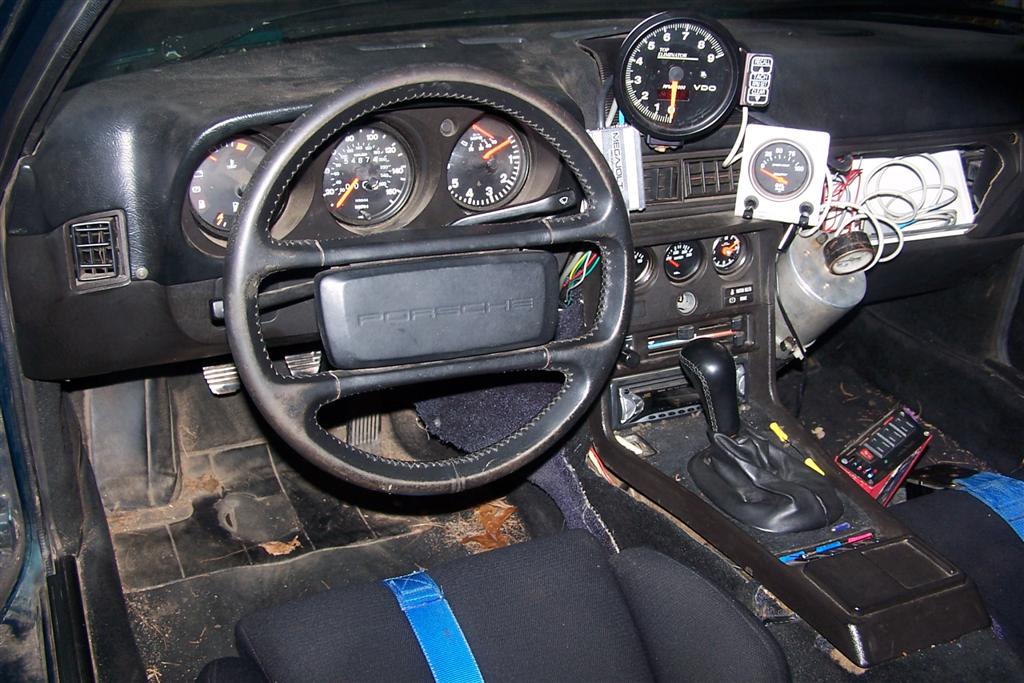 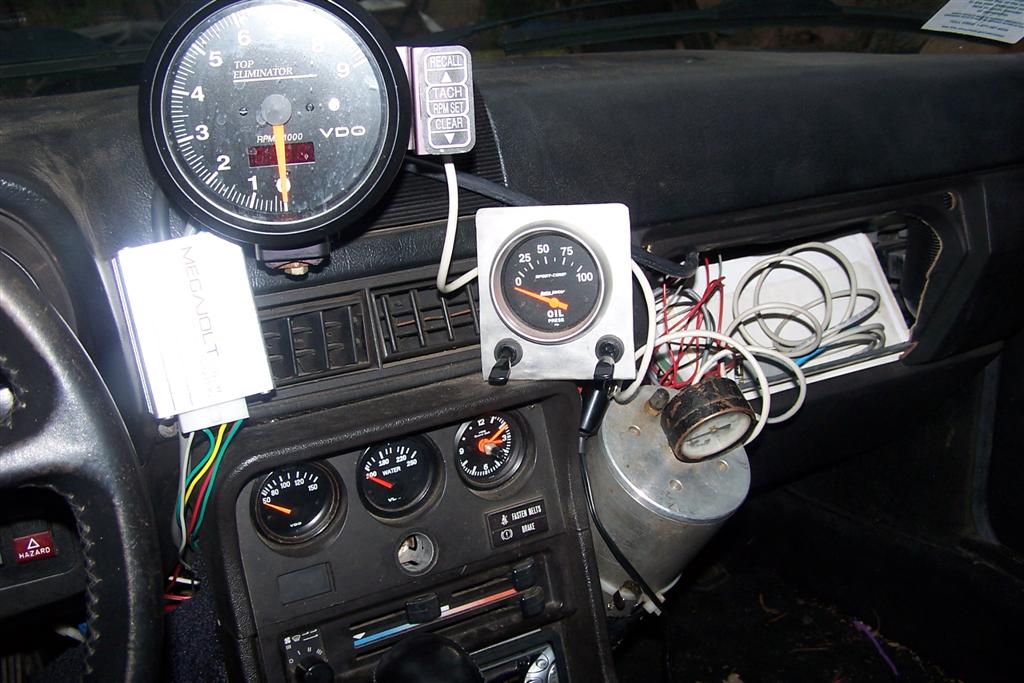 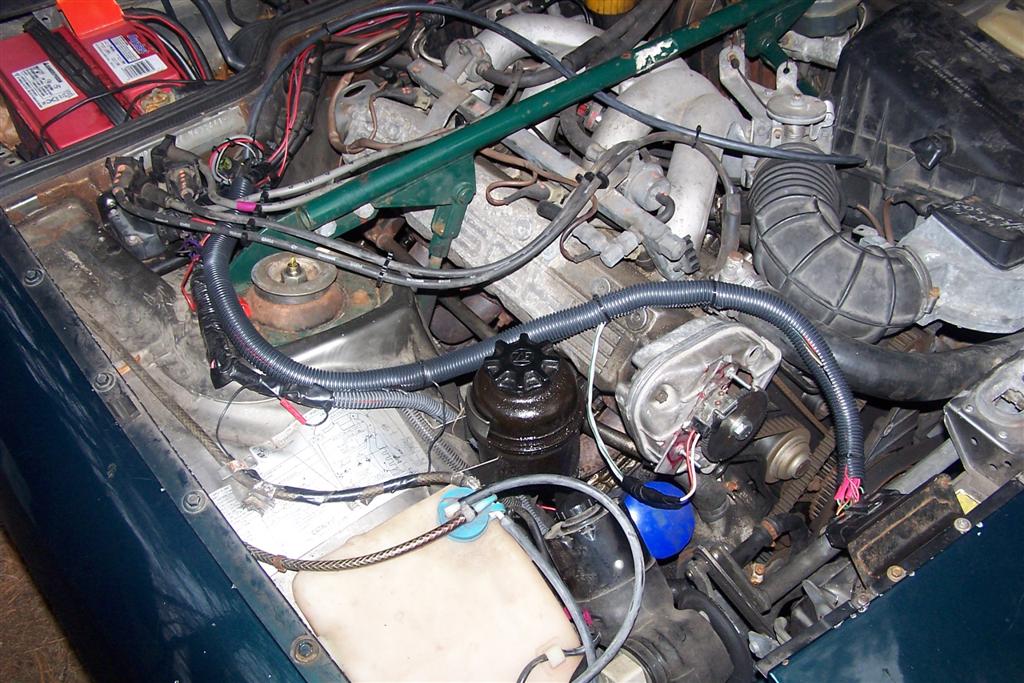 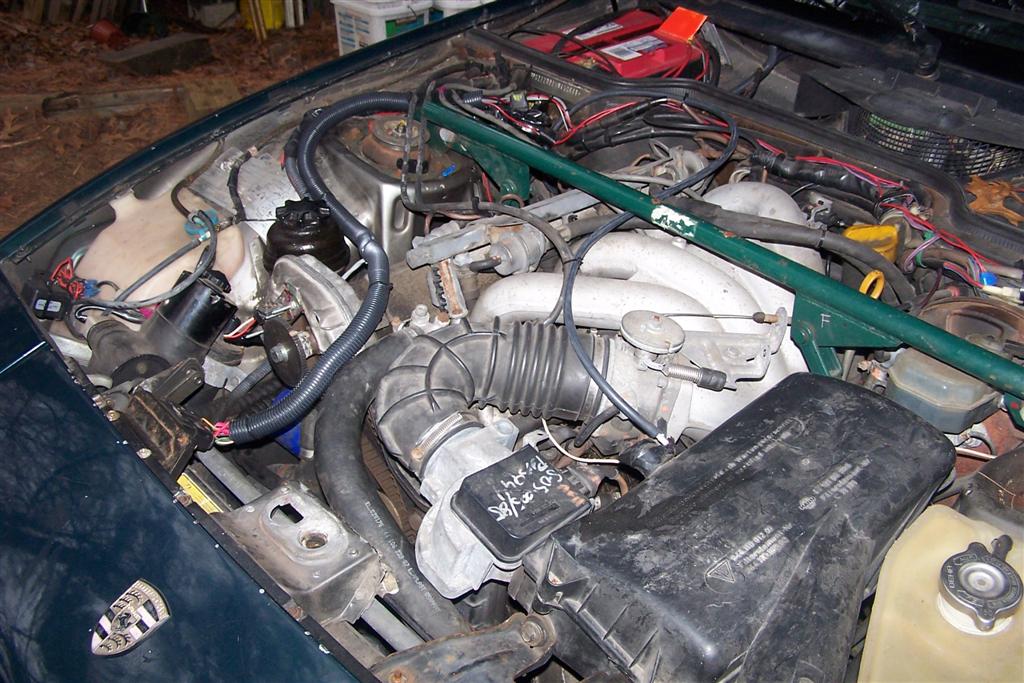 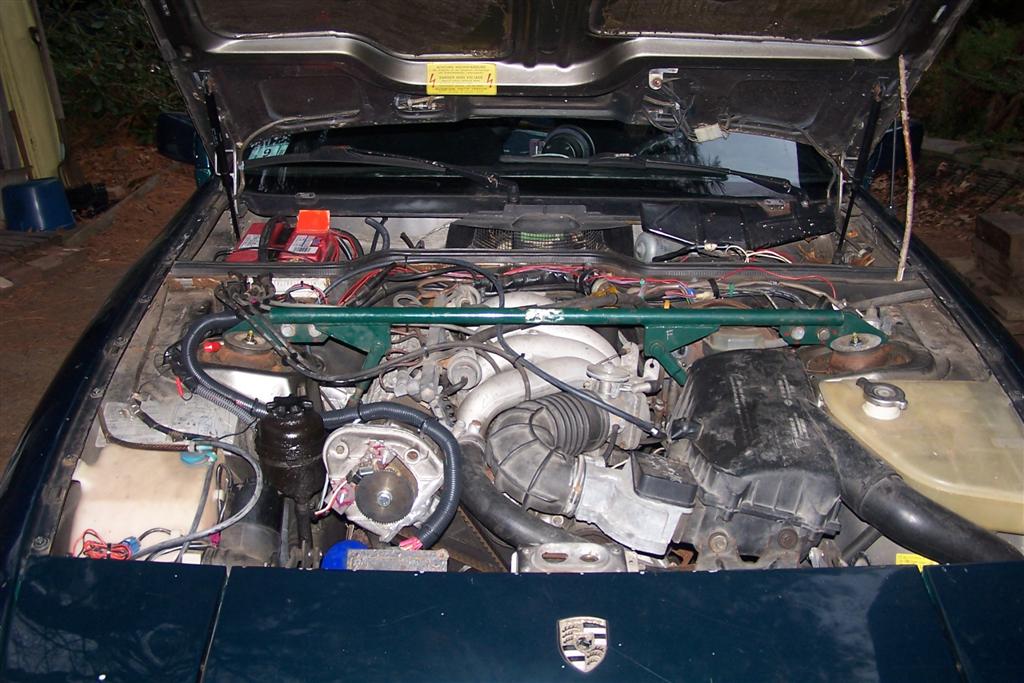 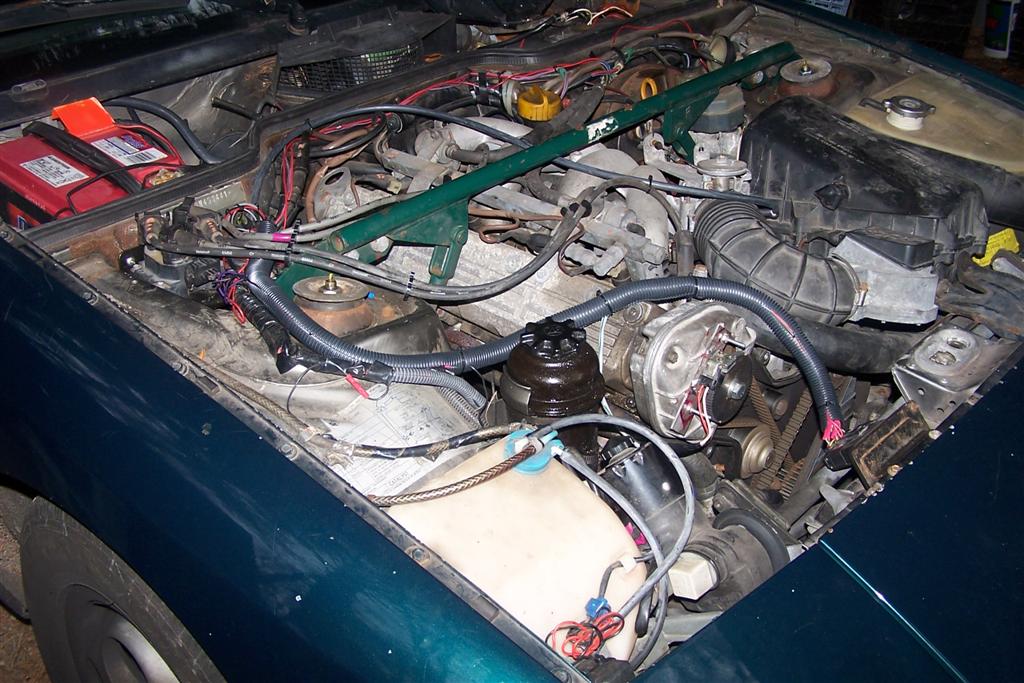 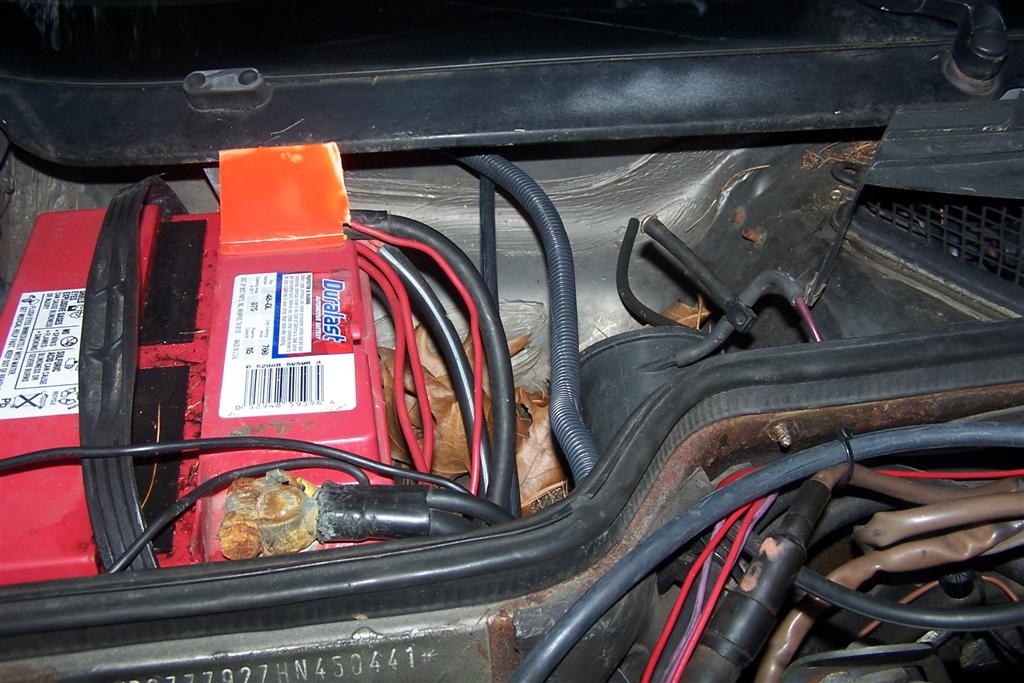 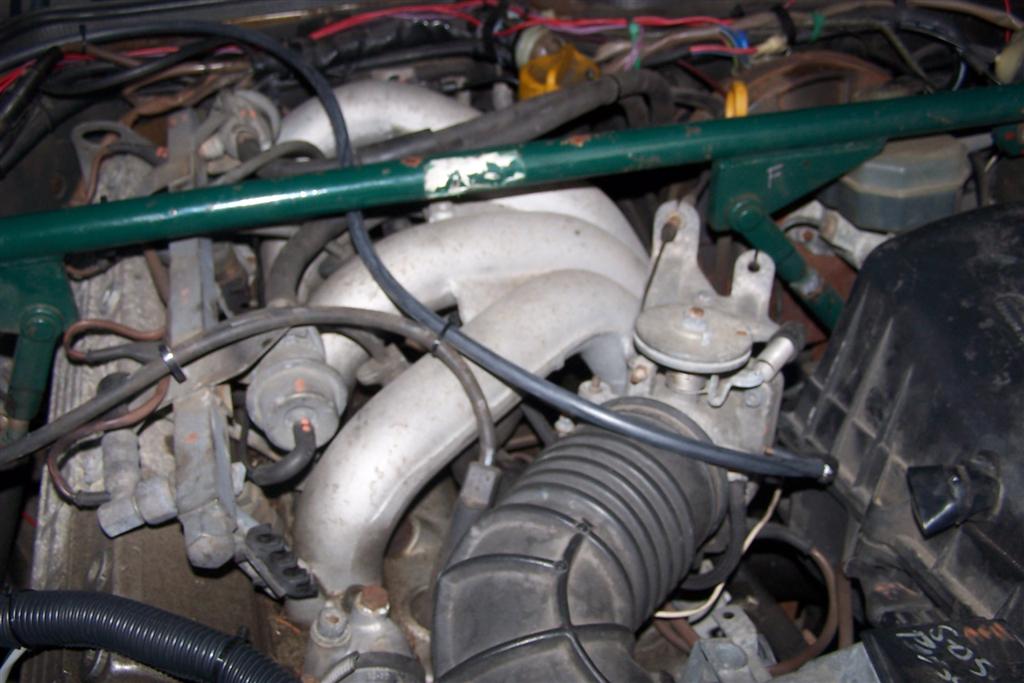 I think the Motorcraft wires just add to the whole package I noticed that these wires are from the motor I swapped in to my wife's car several years back. It was a 1997 motor. I am wondering if they actually date the plug wires? Could this be?