Alexander - thanks for the input above. I'll have some furhter questions.

But - back to my installation. Tried yesterday again. Wanted to check if the sensor could come any closer. But belive me - it's as close as it gets.
But - now I have no spark what so ever. Haven't touched anything.

Then something struck me - does it matter how the sensor is orientated ? If you look at sensor mount at my dizzy - would it matter if I rotated the sensor in the tube it is resting in ?
I was thinking - maybe it was positioned so that it barely was positioned correctly in relation to the rotation of the trigger wheel.

I got myself thinking about this when I was using my timing light. There I have to place the clamp on the HC lead so that it faces the plug end correctly. And then I thought maybe there was a "trailing" end to the sensor too.... ?
All those who believe in telekinesis, raise my hand now !
Top

patriq, as i recall, it has been definitely stated in a previous thread that the circular orientation of the ford vr sensor does not make any difference. sadly .....

The sensor Alexander used for his installation arrived in my mailbox yesterday. Thanks Alexander !

Now, since I already have a harness with a contact for a Ford sensor in one end, can one buy the correspondant end (the same as on the sensor itself) and solder to the two wires coming from the Mazda sensor ? Anyone know a source ?

Other than that, while waiting for the sensor from Alexander, I fitted a completely new ignition system with a dizzy and 4 point light sensor within, just to get the engine to fire after more than a year.
Darned thing only fires on start gas....

So, it seems it isn't getting fuel. There's fuel in fuel-line, and in the weber's. But to find out what's wrong, last night - I dissasembled them from the engine. As you might know, there are two pins at the bottom and two on the top that the weber threads on - and then gets secured by nuts. Removing the nuts on the underside of the webers in situ..... I'm glad I'm a patient man !
The tool barely squeezed in between the nut and the weber housing. Then I could rotate the nut 1/30 of a turn. Then I had to pull the tool of, find the pin, refit and repeat. Without seeing what I was doing - and the tool stopping at all other sorts of cables, engine housing etc... To add to the fun, the nuts were the type that has resistance all the way. So I had to use the tool on the nut all the way out and off the pin. Off course the pins are longer on the underside....
The 4 pins for the two double webers took more than 1 hour on the underside. Took me less than two minutes on the topside.

Next time, I'll get to open them and see if something has jammed. I also recalled having trouble with the engine running porely at the end, and also not starting at all sometimes before taking off the old ignition system. Guess I have to sort this before trying the MJLJ again with the new sensor. Can hardly wait !!
All those who believe in telekinesis, raise my hand now !
Top

hi patriq, glad to see the hardware has arrived!

re the connectors... i used ones from an electronics shop. similar to molex plugs, but a bit bigger. you an use anything you can find, inluding twisting the wires together!

re the petrol issue: when i left my webers sitting with petrol in them, for over 1 year, i found that gum from the petrol clogged the passages in the carburetors, so no petrol could flow out of the jets. i had to have them disassembled and cleaned. lots of carburetor cleaner might have done the same at home. anyhow, that would be my guess.. clogged carby passages blocking the petrol flow.

Yes, I could just put new connectors on. I was just wondering if there was the male connector that original Ford sensor is in itself, so that I just could take the two wires from your sensor and mount in such a connector. Then, just clip my existing wiring right on this connecor - and hence your new sensor.
If I am to use anything else - it means cutting up the wiring I now have, arrange new shielded cable etc.

(Interresting to hear about your carburetors clogging up. It corresponds to what I am experiencing. I'll see if I get the time on monday to open and clean them. I won't have the time before that)
All those who believe in telekinesis, raise my hand now !
Top

I have finally got around to make a new adapter for the new sensor. Here are images of the new sensor installed on the converted distributor.

I'm still waiting for parts for the carburettors I have taken apart - so I can't test the new installation just yet. 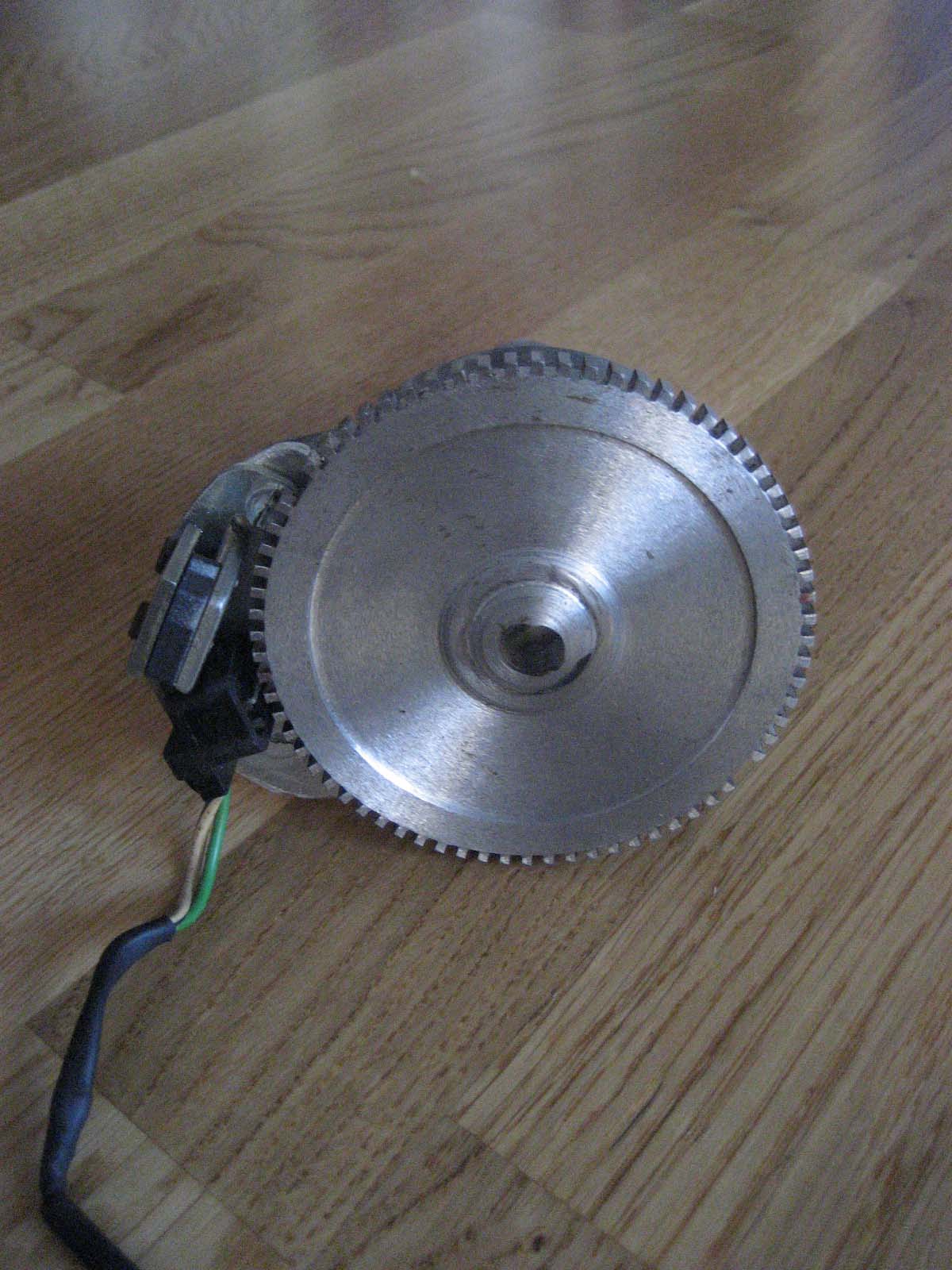 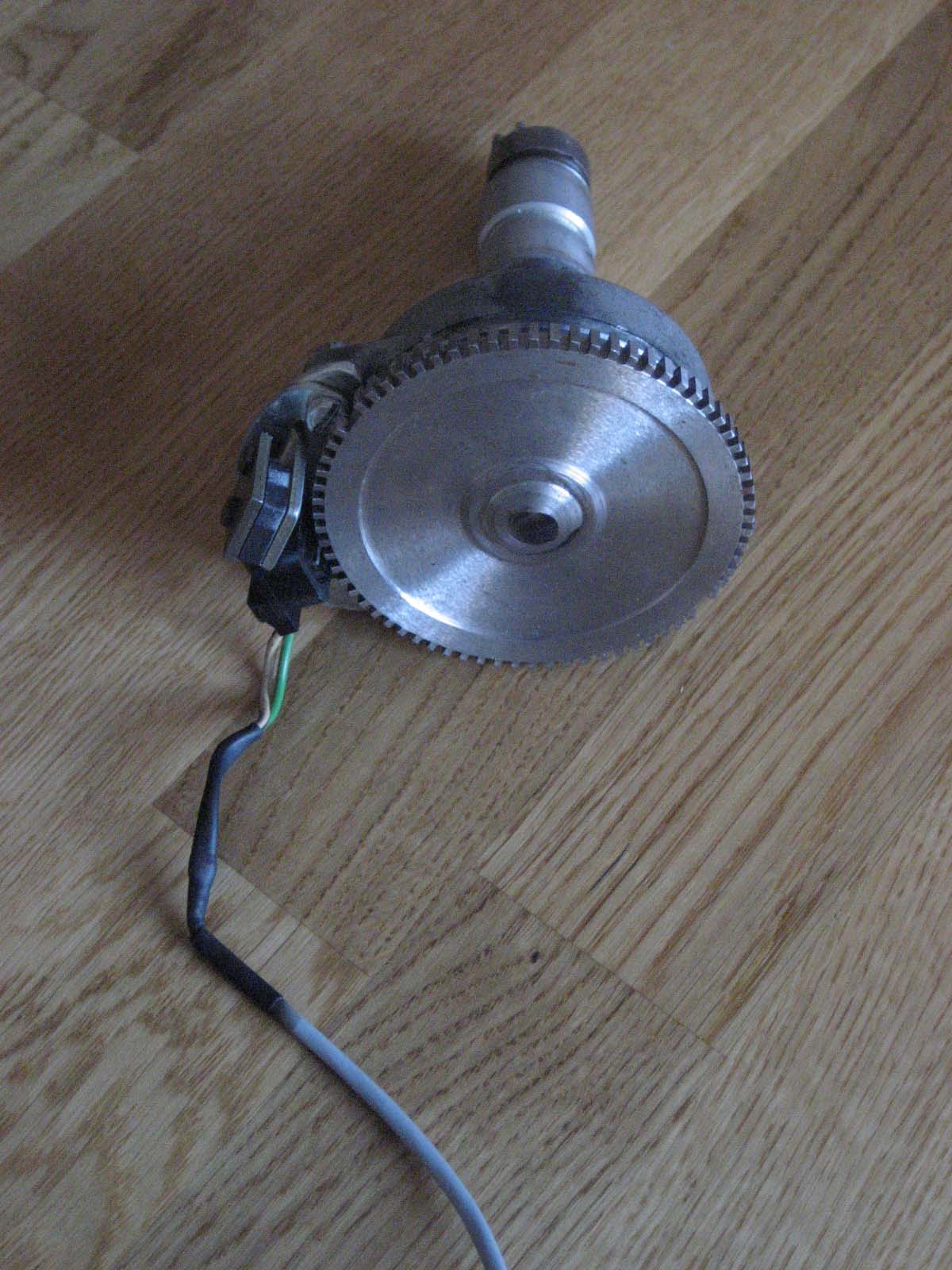 All those who believe in telekinesis, raise my hand now !
Top

hi patriq, nice to see you back. i will be eagerly awaiting further developments!

in the meantime, i have converted the a distributor for my jeep in the same manner as i did for the lotus; have collected the EDIS8 parts from the US, and a suitable coil pack from ebay in oz, so will soon be having a go at another installation. and just in time for the new mj version.

Alexander (and others)
It now runs !

It started nicely with 10dg BTDC with only EDIS unit. As soon as rpm got up, it started coughing and running poorly. I have sharper cams, higher compression pistons etc. So this was no surprise with EDIS remaining at 10dg BTDC no matter what rpm.

I then hooked up the MJLJ unit, and the engine ran like a charm om higher rpm's. Stopped if it dropped to idle though. So I suspect the table needs to be adjusted for the idle and lower rpm to begin with. I'm going to put the engine on a dyno a set both ignition and my webers later this fall.

odd thing, with the timing light - it seemed as if it missed some sparks. It looked better at higher rpm. Engine ran nicely though - couldn't see any difference when timing light indicated spark and when it didn't (in relation to how the engine ran).

I'm going to make a 'it runs thread' soon. Have to tie up some loose ends first.
When I removed the standard Ford sensor the solder iron worked fine. When I was going to solder on the Mazda RX7 sensor - it suddenly was cold. Couldn't get it to work. Anyone know if there's some kind of fuse in it ?
All those who believe in telekinesis, raise my hand now !
Top
Post Reply
54 posts